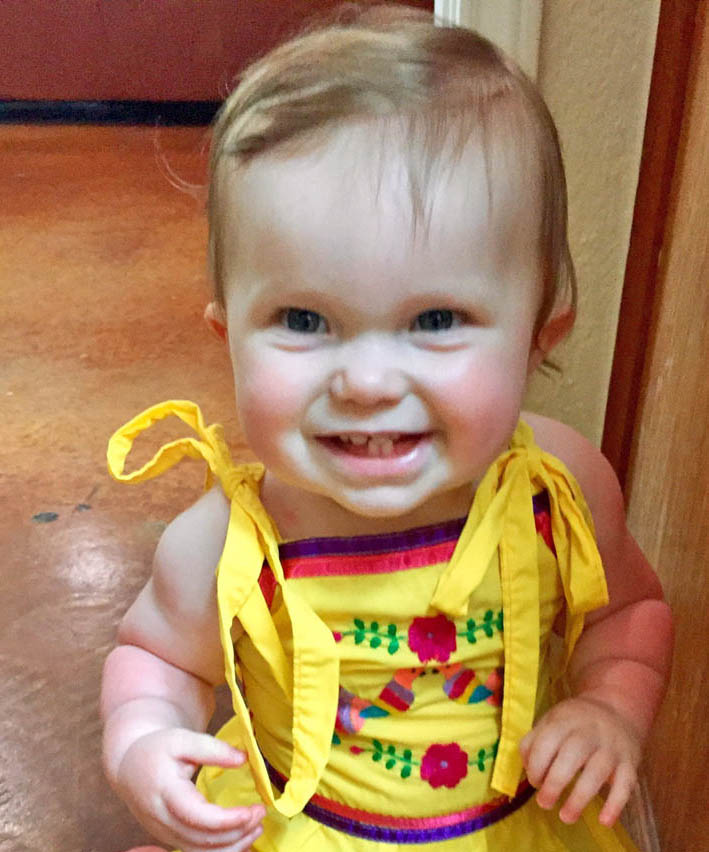 At 28 weeks gestation, my Wife and I found out during a routine ultrasound that there was an abnormality with our Daughters lungs. We were referred to a Maternal Fetal Medicine specialist who performed an MRI and diagnosed her condition as bilateral CPAM (congenital pulmonary airway malformation), formerly referred to as CCAM (congenital cystic adenomatoid maformation).

Due to the possibility of complications after birth we were scheduled to be induced at 38 weeks gestation at the Childrens Hospital of San Antonio due to their level of NICU care and expertise in ECMO (extracorporeal membrane oxygenation). Our daughter decided to come on her own at 38 weeks and was born free of complications and spent 5 days in the NICU. She remained asymptonmatic and was kept at home for the first year of her life.

Over the next several months she had two x-rays to monitor the size of the CPAM’s which showed them to shrink slightly in size.  At 8 months of age we met with a Pediatric Surgeon who had followed her in the NICU to discuss our options. Due to the size of the cystic tissue on each lung he reccomended removing them at 1 year of age. Shortly thereafter our daughter had a CT scan to determine the exact size and location of the cystic tissue. 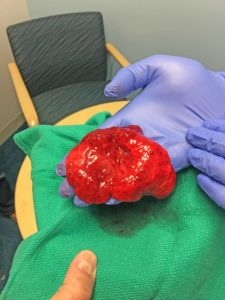 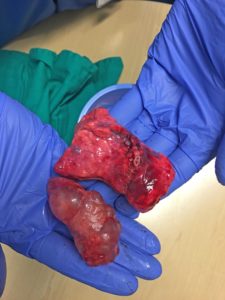 The pictures are the right and left upper lobes that were removed. Up until the age of 4, the remaining 2 lobes on the right lung and 1 lobe on the left lung will continue to expand to fill the space once occupied by the cystic lobes. According to the surgeon, she will live a normal life and will be able to participate in sports activities with no respiratory problems despite her reduced lung capacity.