While the cities of Austin and San Antonio may come to mind first when thinking of Central Texas, New Braunfels, the city that lies between the two is not to be overlooked.

New Braunfels is centrally located on the edge of the Texas Hill Country offering an abundance of weekend getaways just a short drive away. During the spring the Bluebonnets are in full bloom and many residents enjoy weekend drives to see the fields lined with wild flowers and take family pictures. 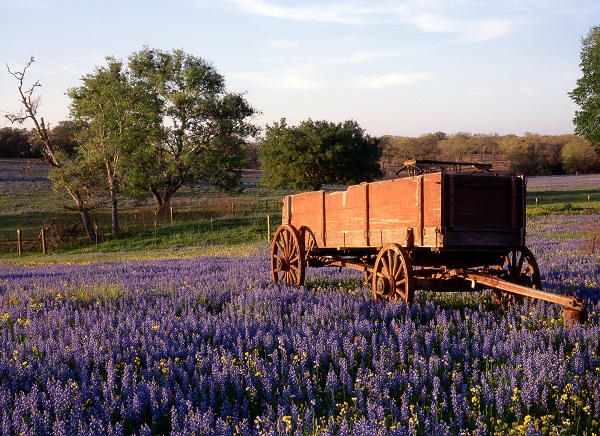 Texas country side near New Braunfels

New Braunfels was established by German immigrants in the mid 1840s, named after its sister city Braunfels, Germany. Like its more well-known neighbors, New Braunfels has a rich blend of history and an abundance of activities. Unlike Austin and San Antonio, New Braunfels has a quaint, small-town charm that accompanies its big-sized entertainment and amenities.

The city of New Braunfels is known best for its waterpark, Schlitterbahn Water Park & Resort, which has also been recognized as the top waterpark in America. Other popular attractions include: Gruene
Historic District, Comal and Guadalupe Rivers, Natural Bridge Wildlife Ranch, Natural Bridge Caverns, and Animal World Zoo & Snake Farm.

New Braunfels residents are proud of their community’s history which can be relived in the many museums in the area. Our quaint historic districts (there are numerous ones around the city) also give residents and tourists alike a glimpse as to how the city looked in the “olden days.” The landmarks and historical treasures of each historic district can be done via a walking tour.

New Braunfels has something to offer for people of all ages.

In the warm summer months, we flock to either the Guadalupe or Comal River to seek refuge from the hot, blazing sun. Tubing in the gentle, refreshing waters of the rivers is a must do and is the most popular summer pastime. Most locals garages are equipped with inner tubes and ice chests and avoid using the outfitters in the busy Summer months. There are several public access points along the river which allows you to make your float as long as desired.

Floating down the Guadalupe River in the summertime in New Braunfels, Texas.

On any given summer day, tubers of all ages (some even with their favorite beverage in hand) can be seen gently floating by in their favorite inner tube, kayak.

Before heading out for a fun filled day on the town or river, I bring my shopping list and head downtown to the Award-Winning New Braunfels Farmer’s Market. Strolling through the 60 or so booths filled with the freshest produce and intricate, one-of- a-kind gifts while listening to live, local music is a great way to start off or end a weekend. The farmer’s market is open Saturday and Sunday mornings year-round, rain or shine.

Another popular weekend trip is taking the short drive to Luckenbach for live music or indulging in the many wineries Fredericksburg has to offer.

The night comes alive in New Braunfels with a variety of live music at the numerous bars and venues around town.

While Friday night lights is the chance to see some of the best high school football in the country, Saturday nights is when we really have fun. True to its Texas roots, dancing is a popular and necessary component of a fun weekend. On Saturday nights, locals dust off their boots and head to the Gruene Hall, the oldest dance hall in Texas, where a variety of musicians perform live for our dancing pleasure.

New Braunfels is a very ethnically diverse city that is proud of its rich cultural history. There are many community festivals held throughout the year to celebrate the community and its history. The largest of these festivals is WurstFest that is held in November each year. This must-see event draws more than 100,000 visitors each year who partake in 10 days of savoring authentic German food fare, music and
dance (and of course, good old German beer!).

New Braunfels is so multifaceted that the city becomes what you make of it. It offers peace and quiet for those who want to escape the hectic pace of modern life and it offers exciting attractions and activities for families of all ages.